Fever and Ways of Treatment

The first thing for a parent to remember is that the degree of fever is no indication of the severity of an illness. Some minor illnesses, such as Roselle infantum, can be accompanied by a very high fever, whereas some very serious diseases, such as certain cases of diphtheria, may only have a low fever. The illness of a child should be judged more on the way he acts than the degree of fever.

Occasionally, at the end of an infection the temperature may drop as low as 97 0. This is no cause for concern as long as the child acts well. It will usually return to normal within 24 hours.

Not infrequently when children recover from an infection they may, for a period of a few weeks, run a low grade fever after activity. This has been called action temperature. It is of no significance. It may readily be diagnosed by letting a child rest for 45 minutes and retaking the temperature. If it is only action temperature it will almost always return to normal after rest.

If the fever is high or if it is making a child uncomfortable, efforts should be made to lower it. Aspirin can be given in tablets and by suppository. There is also a preparation like aspirin available in liquid form. The usual dosage would be one-half of a childrens 114 grain tablet for infants under six months of age; one tablet (114 grains) for children six months to two years of age; two tablets (2% grains) for two and three years of age; three tablets for children of four; and four tablets (five grains) for those five years and older. Aspirin suppositories should be given in the same dosages. Suppositories are of particular value when children are vomiting or when there is marked refusal to take medication by mouth. The preparations in liquid form will have an indication as to the amount that will equal the dosage of childrens aspirin tablets (114 grains) .

A warning must be given that an overdose of aspirin may be extremely dangerous to a child. Most of these preparations for children are flavored so as to make them attractive and acceptable. Too often, children, thinking them candy, will take large amounts with serious consequences. It follows that aspirin should be kept entirely out of reach of children.

Other ways of reducing the temperature when the fever is very high (over 104 0 F.) are by alcohol sponge or by cool enemas.

An alcohol sponge is given by sponging a small part of the body at one time (about a six inch square). Pat the area gently with a sponge or soft cloth dipped in rubbing alcohol, then gently pat the area with a dry cloth. Then go to another area using the same procedure and continue on over most of the body. In this way the evaporation of the alcohol on the surface of the body takes down the fever and usually comforts the child at the same time. Most of the childs body can be kept lightly covered during this procedure.

The cool enema is usually very effective in reducing fever. Cold water is used with only the chill taken off. Bicarbonate of soda (one teaspoon to eight ounces of water) should be added to the water to make it more soothing internally. The amount given should be about four ounces to an infant, eight ounces for a child from one to three years of age, and one pint for children over the age of three. The contents of the enema should be inserted and the buttocks held together for at least three minutes to cool the body. 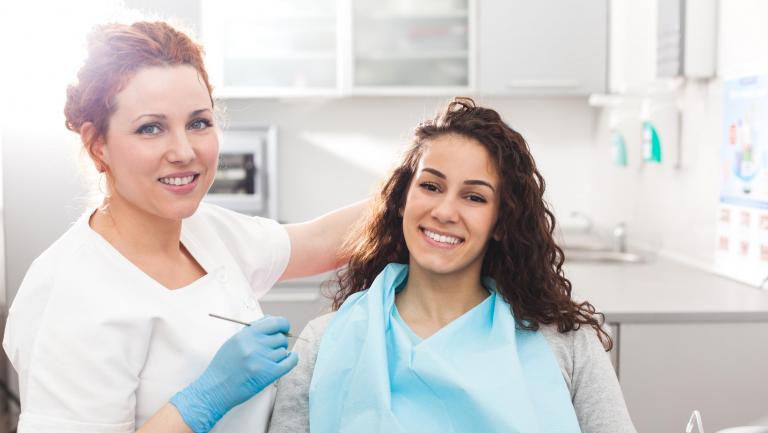 Good Dental Insurance Not Only Protects Your Teeth, But Also Your Overall Health